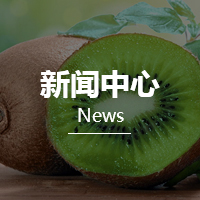 Founded in 2013 in San Francisco, DroneDeploy has grown to become the largest cloud-based drone data platform, counting 30,000 users, and 30 million acres mapped across 180 countries. Through its platform, DroneDeploy enables its users to map, survey, and inspect aerial data captured by drones.

"We started DroneDeploy to make drones accessible tools to everyone, and we've since become the world's largest commercial drone software platform by providing drone software that's both easy to use, and powerful," said Mike Winn, CEO and co-founder of DroneDeploy.

Through strategic partnerships with SoftBank, Accenture, and The Climate Corporation, as well as a stream releases of new features, DroneDeploy has seen unparalleled growth in 2018. The company has recently launched Live Map, the industry's only real-time mapping solution that "stitches RGIB and thermal imagery on the edge using iOS devices," according to the company.

The promise within the category is not lost on customers, or investors looking for return on investment.

"Our investment process into this market was customer-led," said John Tough, partner, Invenergy Future Fund. "The consistent theme we heard from customers is that DroneDeploy's product and accompanying applications help achieve significant ROI and reduce risk on the job site."

In such a rapidly-evolving industry, DroneDeploy recognizes it's critical to stay ahead of the tech curve, and plans to use the funds to invest heavily in AI to "build new workflows that solve some of the toughest challenges facing companies today," according to a company statement.

"With this new funding round, we have the opportunity to work with more customers who will bring our platform to new industries, and transform workflows on every job site," noted Winn.